Georgetown, Texas was once a sleepy town, and was never really considered part of the Austin hustle and bustle.  But, with the growth around metro Austin and the addition of major arterial highways leading north out of the city, this is changing rapidly.

While not a bedroom community for Austin, Georgetown Texas is a great alternative for those wanting a slightly slower paced life, proximity to Austin, and perhaps a little room to spread out.  Located about 30 miles north of downtown Austin, Georgetown is best known for its old-fashioned courthouse square, fully renovated and functioning 100+ year old courthouse, and charming Main Street historic district.  The Williamson County Courthouse Historic District was put on the National Register of Historic Places in 1977.

Georgetown’s Square, and the city itself, is really a must-see for anyone considering relocation to the area. There are numerous dining options around The Square, as well as a local winery, and ample shopping options to appeal to a variety of consumer tastes and budgets. Evening at The Square in downtown Georgetown, Texas

Perhaps less known about Georgetown, Texas is the abundance of one-acre, restricted neighborhoods located around the city. Most of these neighborhoods are just outside the city limits, yet they feature many of the creature comforts that growing families want in more traditional neighborhood settings.

The area east of Georgetown is highly agricultural, with cotton being the primary crop.  The area to the west of the city features hilly, limestone terrain.  Inner Space Cave, to the south of Georgetown is a major tourist attraction, featuring karst formations.

Amenities and more in Georgetown, Texas

Most rely on an individually owned septic system and, while a septic system can be a deterrent for some buyers, many homeowners find few complications from a modern septic system. Even better, most homeowners will also realize a reduced property tax bill since the house doesn’t require city sewer services. Local private water districts commonly provide water to these areas, too; most do not require well water.

Buyers considering a home on a one-acre lot in Georgetown, Texas can expect to find a wide range of prices and options, with many homes built by local custom and semi-custom builders. Modern options in both new and resale homes include tile or wood floors, granite counters, and large outdoor living features like built-in BBQ stations. With such large homesites, pools and playscapes are a perfect fit in these oversized backyards.

For those considering building their dream home on an oversized homesite, plan on a five-month window to design and build your home.  Custom and semi-custom new homes on these acre lots in Georgetown start around $325,000.   There are also plenty of resale options here; with approximately 100 resale homes regularly on the market, prices for resale homes start around $250,000.

Georgetown is a perfect option for those who want some distance from the big city life of Austin.  The community should be added to anyone’s short list of areas to consider when relocating to Central Texas. While there are plenty of more traditional neighborhoods in Georgetown, Texas, those moving to the metro Austin area might want to consider owning a home that sits on an acre or more – it’s even more outdoor space to enjoy a new life in Central Texas.

Settlers were originally drawn to the Georgetown area because of the fertile black soil in the eastern portion.  Land for the city was donated by George Washington Glasscock and the city was named for him. The opening of Southwestern in 1840 was a major boon for the area.  In 1848, the city was named as the county seat of the newly formed Williamson County.

Georgetown, Texas has continued to grow in the twentieth century, especially since Interstate 35 was run through it.  While it has not experienced the booming growth of areas such as Round Rock, this neighbor of Austin, Texas is still a vibrant city. 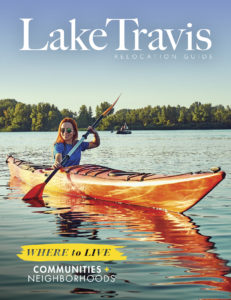 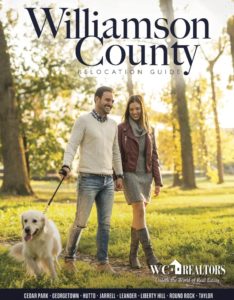